The globally recognized PUMA Cat logo will be proudly worn by the newest USL Championship club, which includes their inaugural kit and merchandise in the five-year deal.

The globally recognized PUMA Cat logo will be proudly worn by the newest USL Championship club, which includes their inaugural kit and merchandise in the five-year deal. 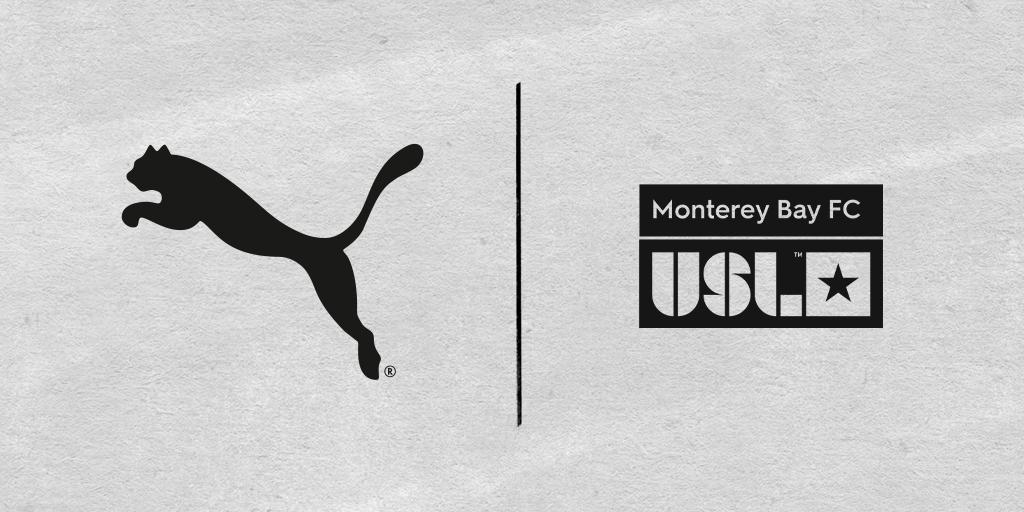 MONTEREY, Calif. (May 6, 2021) – Monterey Bay Football Club (Monterey Bay FC) announced today a five-year partnership with PUMA as the Official Sports Apparel Partner. As part of the partnership, PUMA will provide the official kit and training gear for the club, its players, coaches and training staff. A line of PUMA merchandise will also be available for fans to purchase upon the future release of the club’s crest and colors.

“The Monterey Bay region is a place of diversity and culture that is passionate about soccer; we found a partner in PUMA that shares this same passion and love for the world’s game,” said Monterey Bay FC President Mike DiGiulio. “We know PUMA is also the global-leader in technology and innovation for the sport and that these values will complement our club and our fans, knowing our proximity to some of the greatest innovators in the world with Silicon Valley a short distance away.”

PUMA is one of the world’s leading Sports Brands, designing, developing, selling and marketing footwear, apparel and accessories. For more than 70 years, PUMA has relentlessly pushed sport and culture forward by creating fast products for the world’s fastest athletes.  The globally recognized brand is worn by many of the greatest football clubs, leagues and national teams in the world including Premier League’s Manchester City and Newcastle United, the Bundesliga’s Borussia Dortmund and Borussia Mönchengladbach, Serie A’s AC Milan and Ligue 1’s Olympique de Marseille.

“PUMA is proud to become the Official Apparel Supplier for the Monterey Bay Football Club,” said Vice President of Brand Marketing for PUMA North America Allison Giorgio. “They are an organization that has a true passion for soccer that mirrors PUMA’s enthusiasm for the sport, and we look forward to supporting their community of players and fans.”

PUMA is also the official partner of United Soccer League and worn by USL Championship clubs Oakland Roots SC, Indy Eleven, New Mexico United and Rio Grande Valley. Additionally, PUMA will become the national partner for the new USL Academy League, which will launch next spring with more than 50 clubs across 25 states in the U.S.

Monterey Bay FC will host its inaugural season in USL Championship in 2022. The club will play on the campus of Cal State Monterey Bay and be led on the pitch by Sporting Director and Head Coach Frank Yallop. The club is currently in the process of developing its crest and colors which will be revealed to the Monterey Bay community in summer 2021.

The club is accepting deposits for season tickets and hiring positions in its front office. Learn more about Monterey Bay FC by following @MontereyBayFC on Twitter, Instagram and Facebook, and online at MontereyBayFC.com.