The crest and colors reflect and represent the greatest union of land and sea that is iconic to the people and place of the Monterey Bay region. 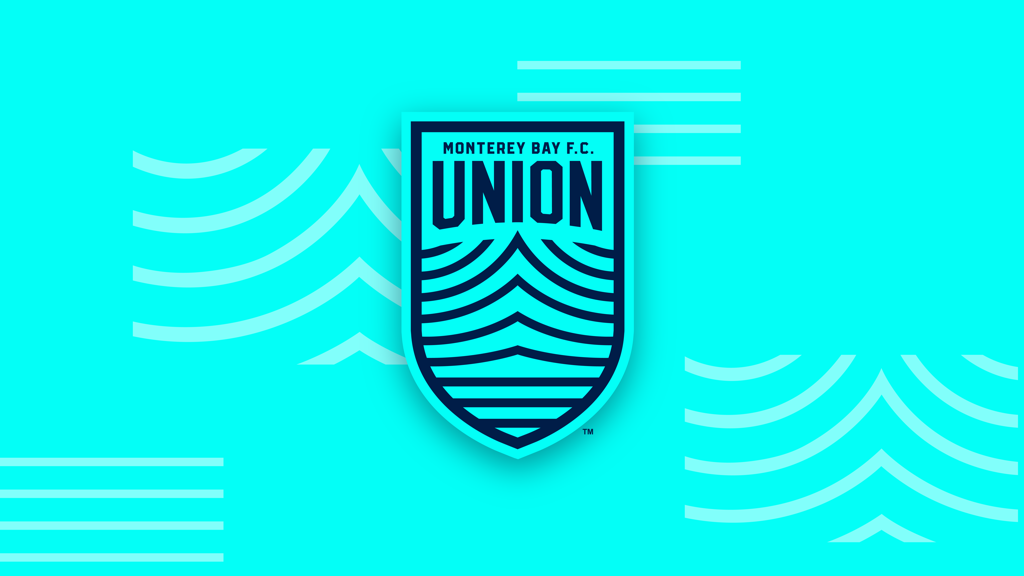 The crest and colors reflect and represent the greatest union of land and sea, which is iconic to the people and place of the Monterey Bay region.

MARINA, Calif. (JULY 16, 2021) – Monterey Bay Football Club (Monterey Bay F.C.) revealed its official crest and colors today through the release of a short film – “The Story of the Greatest Union of Land and Sea.” In addition, the club launched a series of community-oriented videos and content in both English and Spanish and will be sharing the crest at a series of local events launching this weekend.

“For anyone that has visited Monterey Bay, they have seen the iconic beauty and wonder of this place; but it is the diversity and shared values of the people that truly make it special,” said Monterey Bay F.C. Chairman and Owner Ray Beshoff. “Monterey Bay F.C.’s crest was created with the community and reflects all that binds us to this place; everything that makes our hearts beat faster. It is why we are a community that shares a commitment of hard work, a love for family and a passion for the beautiful game.”

The club hosted multiple listening sessions with the local community, in English and Spanish, in addition to multiple surveys, outreach and hundreds of hours of research during the creation and design process. Outreach included participants from Monterey County, Merced County, Santa Cruz County as well as students and alumni of Cal State University Monterey Bay (CSUMB).

During these listening sessions, two core elements became evident, the most important of which was to create a crest that represented the local agricultural community and the ocean; land and sea.

Through direct input from the community, the following is represented in Monterey Bay F.C.’s crest and colors:

Union: The club’s name, Monterey Bay F.C., is displayed at the peak of the crest, with the club’s nickname “Union” displayed within the crest as a constant reminder and display of purpose that the club represents the greatest union of land and sea; people and place.

Football Club: The club pays homage to the origins of the world’s game – the beautiful game – by calling itself a football club.

Colors: The colors are inspired by the waters off the Monterey Peninsula. The “Crisp Blue” is unique to the coast – waters that brought generations by ship and are cherished by locals today. These waters also establish the Monterey Bay region as the global destination for ocean science and technology. The “Kelp Blue” adds contrast to the design, whilst representing the waters’ famed deep-sea canyon, kelp forests, coastal estuaries and abundant sea life.

Land and Sea Symbolism: At the foundation of the crest, is the representation of abundant agriculture and land. The three lines mimic the rows of crops that can be found throughout the local region – they also serve as an homage to the proud heritage of farmers and growers that continue to feed the world. Above the rows of crops are upward pointing lines, which represent the motion and movement of the Pacific Ocean. These two elements combined creates an element of the land becoming the sea, and the sea becoming the land.

Shield: The two elements are encapsulated within a strong and powerful shield. This shield references the history and traditions of the sport, with a nod to a more modern esthetic representing the generations to come. These elements also have a subtle nod to the front of a boat, a reference to the generations of families tied to local fishing; while others may see military stripes – a salute to Fort Ord, the brave soldiers that trained and served in the region and the club’s future home at Freeman Field.

In addition to today’s reveal, Monterey Bay F.C. will attend numerous grassroots and community events beginning this weekend and leading into their season. These events will be throughout Monterey County and include appearances by Sporting Director and Head Coach Frank Yallop and Assistant Coach Ramiro Corrales. The first of these two events are Sunday, July 18 at the Salinas Regional Soccer Complex in Salinas from 11 a.m. – 2 p.m. and Tuesday, July 20 from 4 p.m. to 8 p.m. at the Old Monterey Farmer’s Market in Monterey. All times are local.

The crest and colors were designed by Christopher Payne, a Northern California designer that specializes in international football crests and has worked with clubs both in North America and Europe. Payne also directed and produced the film released earlier today by the club and “Know Your Crest” video.

In addition to the launch of crest and colors, the club will be launching an online store this weekend. The club is also accepting deposits for season tickets to its 2022 Inaugural Season.